Not now, but later these three aloes will be: 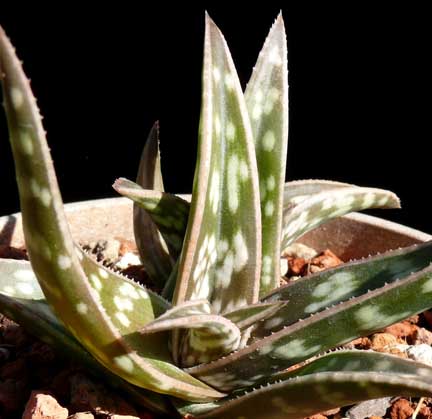 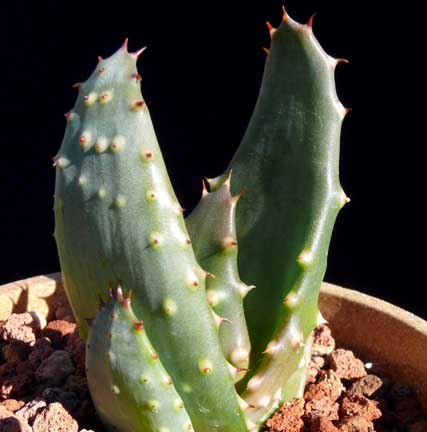 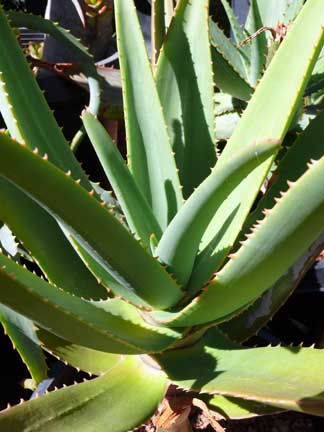 Hah! That was fun!

OK, so lets talk. The small aloe is Aloe dinteri and its the less common of the Partridge Aloes and it will get maybe 10″ tall.

The medium aloe is a baby Aloe marlothii which will form a single blue and toothy rosette on a trunk that will get 4 to 10 ft. tall.

And the big aloe is Aloe “Hercules” so named for its strength and flexibility. No, that’s not right. Maybe because its fast growing and will get 20 feet tall? I don’t understand what that has to do with Hercules. Hercules wasn’t a giant and wasn’t faster. He was stronger and normal height. Hmmm. Who named that aloe?