You may recall that I came in a few weeks ago with some photos of my Agave celsii, which had sent up 7 flower spikes. I was asking what to do now that the spikes were beginning to rot and you suggested taking the whole plant apart, which I did. I managed to rescue three pups, which are now planted and hopefully at least one of them will begin to replace the plant that is no more.

At the time, you asked me to send you some photos, for your blog. I am sorry to have taken so long to get around to this, but here they are.

A few months later, an A. paryii also bloomed – in some ways even more spectacular.

Thanks again for all your help. 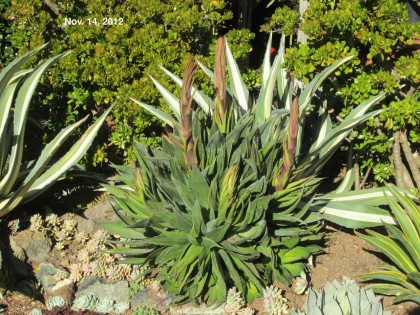 And a lot of pictures were sent. Click through to see all of them. 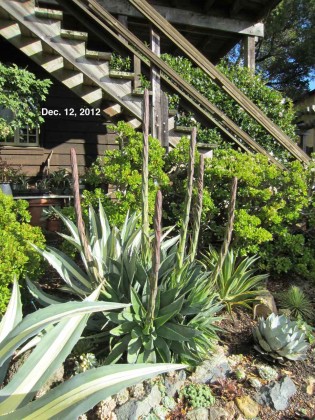 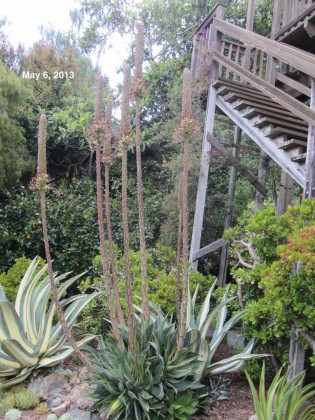 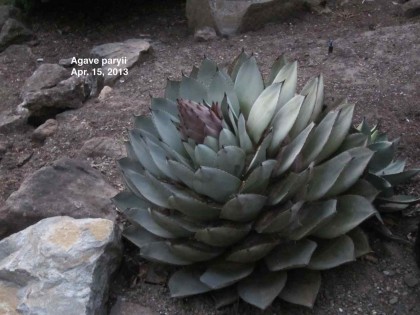 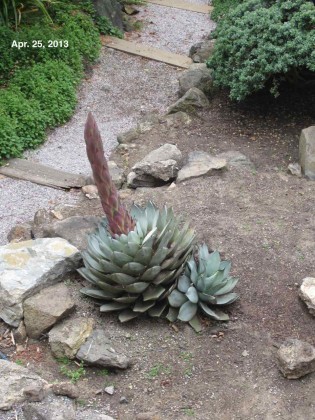 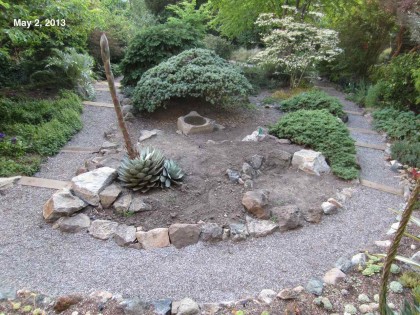 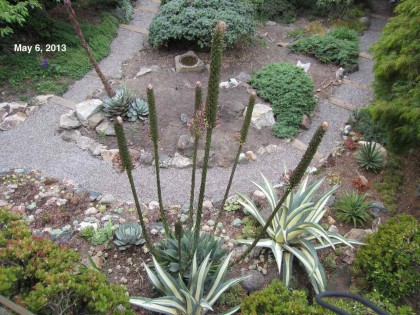 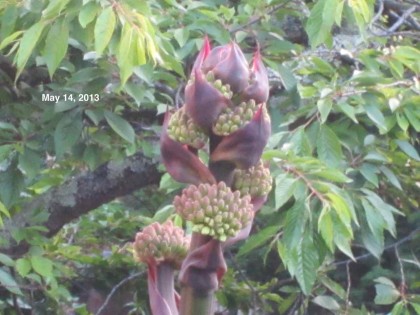 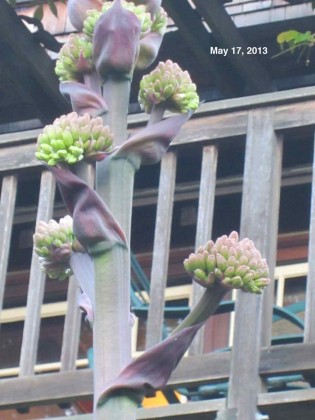 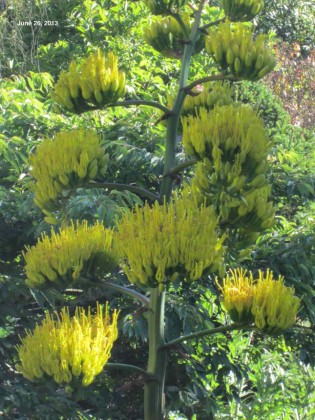