Today we feature 2 smaller rosette aeoniums, that grow about 3ft. tall and are very branchy. 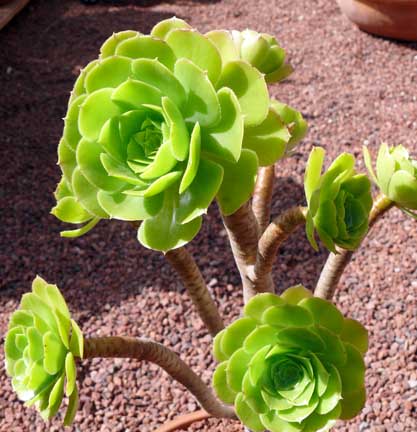 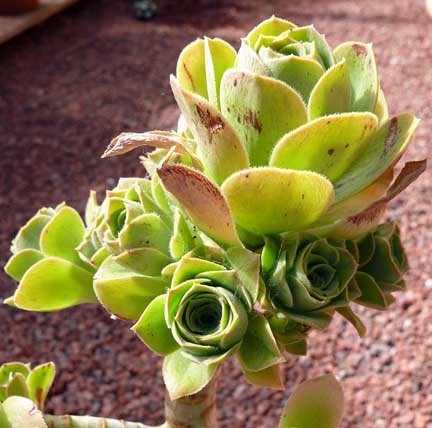 Now we started with a crop of the holochrysums, and then when those were big, we bought another seedling tray of the same thing. When they were big enough, we potted some and sold the 2nd tray as holochrysums also. But when the rest grew bigger we realized they’re not the same plant. I’ve decided the 2nd plant is balsamiferum. It’s also possible they’re the same species, but different cultivars or subspecies.

But they look different enough to me that I can’t in good conscience call them the same plant.

Also, these are summer photos, when the rosettes are at their smallest. In the winter they’re a lot more full. But interestingly, these 2 shrink up more than a lot of our other aeonium species.