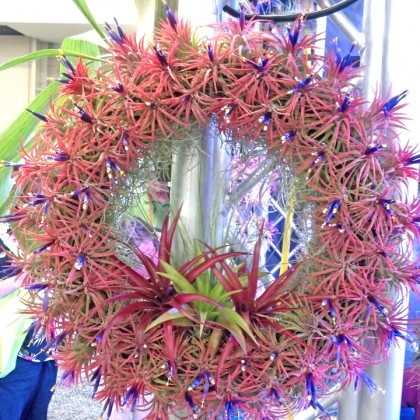 A Tillandsia Wreath made all out of Tillandsia ionanthas and a couple miscellaneous others too. We didn’t make it. I saw it and took a picture, just like you would have if you had seen it. If you had been at the Tropical Plant Show in Florida last week. But you weren’t and I was so I got the picture to share with you here now.