Shocking new video that the government didn’t want you to see from the 1950s, now on YouTube.

Courtesy of the University of Idaho library, which digitized a collection of 16mm film… spanning 1951 to 1964….

I get a lot of spam comments on this blog. Spam! Usually it’s pretty obvious and the spam filter catches it. Sometimes it makes no sense at all like this little bit of spam comment:

Way to go on that 5k! That takes a huge amount of discipline even when youre feeling great, and you did after being sick all night! Awesome! That raw restaurant actually looks pretty good! What a fun night!

It got through the automatic filter, so I guess that was the point of it. It didn’t get by me though, so none of you were subjected to it in the comments. Only here on the main part of the blog.

Ever wonder what it would take to deliver a very branchy, very spiny 8 foot tall cactus 40 miles to someone’s house? 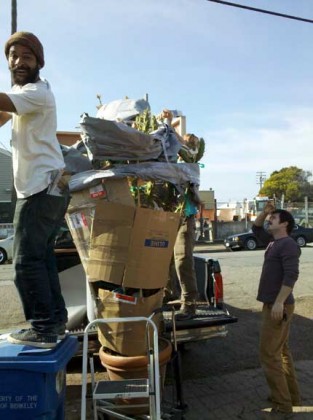 Opuntia subulata being mummified for the trip. Ian, Keith and Hap (and Brian not in photo) are hard at work with newspaper, cardboard and plastic at the nursery in Berkeley. 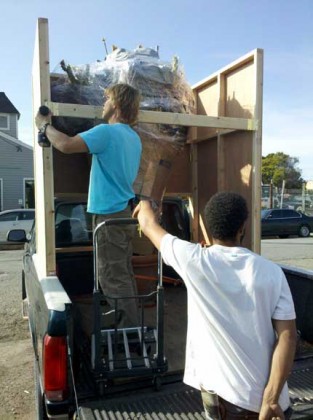 Securing the plant in the truck. 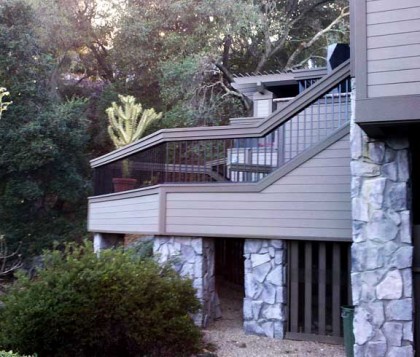 On the deck? That must have been hard to get it up there. Four people lifting it up stairs. 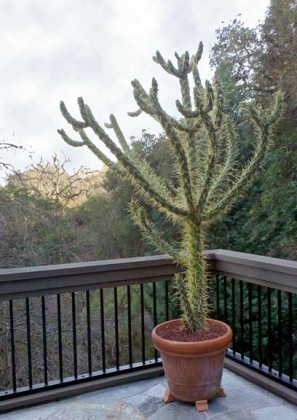 And the final resting place of this giant cactus, with pot feet, in Pleasanton.

This has been much blogged, but here’s the green roof on the top of the Academy of Sciences building in Golden Gate Park. 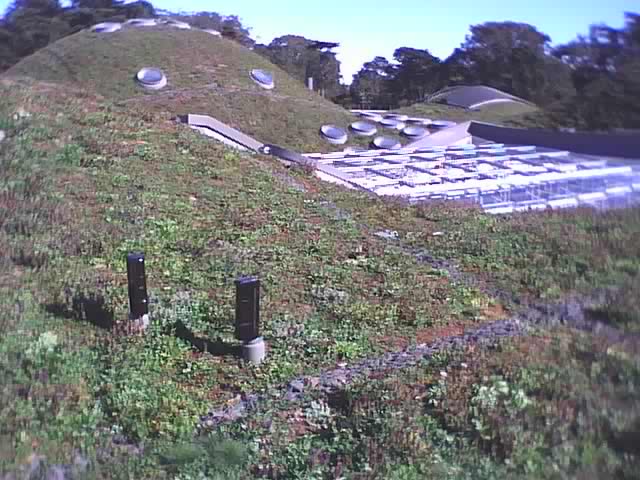 If you look very closely you can see that it’s all California native plants.

Oh, and look over there, I see some Dudleyas! So many succulents. What’s that? It’s a Sedum? It is!

These cell phone pictures aren’t very good. Maybe I should go back to using my camera.

A little extra watering wouldn’t hurt now that we’re coming into the hottest and driest part of the Northern California year.

Drink lot’s of water yourself, close the blinds and open the windows rather than turning on air conditioners, and an afternoon nap sounds good too. I’m tired, but Obama is coming on in a few minutes and the C-Span feed doesn’t have any of those ridiculous talking heads that are on all the other channels. I saw David Brooks immediately following Al Gore’s speech and nearly gouged my eyes out. Oh the pain is strong in that one. That should be my quote of the day.

I tried a new drink this evening. I don’t know the name, but it was Gin, Lillet and Bitters, shaken not stirred. Very delicious. It must be the heat.

Tomorrow we get a new Zebra label printer to replace the new one that is deeply broken, but Zebra wanted me to ship them the brand new broken printer for them to repair and send back in a month or two instead. Hah! I demanded my money back so instead they are overnighting another new one to arrive tomorrow. If it doesn’t arrive tomorrow, I think I will be done with them.

And don’t get me started on our new POS system. 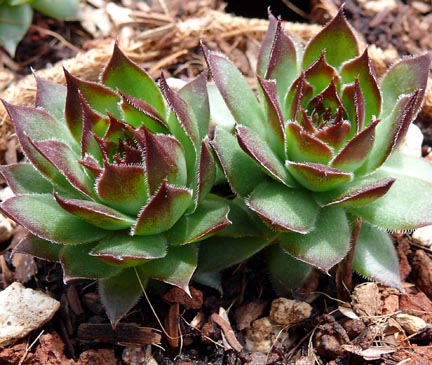 These cultivated rosettes are called “Black” not because of the dark tips, nor because as they grow they look like Echeveria “Black Prince”, but rather they were named after a fictional character named Doriet Black in a very popular Victorian novel from 1882.

In the novel, The Mystery of Doriet Black, Doriet Black was a fishmonger on the backstreets of Manchester, however he was also a secret agent married to a Prussian Princess. So you can see how the Victorian gentlemen of the time, amateur gardeners all, thought that might be an appropriate character to name a clever little sempervivum after. And they were right. We thank them for their resourcefulness.

However, things went bad in the sequel, The Deathly Hollow of Black, when Doriet Black turned out to be a triple agent in the service of an Italian Counterfeiter. Because of the uproar in 1886 over this 2nd novel, really more of a novella, the plant went out of style for over 100 years, returning to the succulent-growing public only in 1990.